Today’s post is by Rachel Maw.  I was scanning through the news stories over at cnn.com when I came across this article, “Why many Americans prefer their Sundays segregated”. It started me thinking about my own ward.  I live in a state where about 30% of the population is Hispanic, but you wouldn’t know it by going to a Sacrament Meeting Sunday morning.  We have a mostly white congregation with a minority member here and there.  For a while we had an Asian contingent in our ward.  It was so nice to have some diversity.  They added a different view point in lessons and 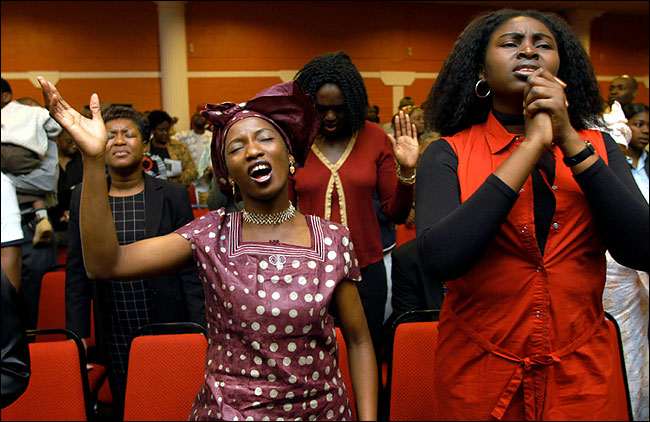 helped us to learn more about different cultures.

In many ways our church is different from other churches because we attend Sunday services based on geography.  But, does that make it harder for members who may be the only minority members in their wards?

In the article it says that many blacks said they wanted a racial timeout on Sunday.   “They would say, ’I need a place of refuge,…I need to come to a place on Sunday morning where I don’t experience racism.”
This could probably be said of other races as well.

Interracial church advocates  state “churches should be interracial whenever possible because their success could ultimately reduce racial friction in America.”

Advocates also say “the church was never meant to be segregated.  They point to the New Testament description of the first Christian church as an ethnic stew – it deliberately broke social divisions by uniting groups that were traditionally hostile to one another.”

Curtiss Paul DeYoung, co-author of “United by Faith” says “the first-century Christian church grew so rapidly precisely because it was so inclusive.  He says the church inspired wonder because its leaders were able to form a community that cut across the rigid class and ethnic divisions that characterized the ancient Roman world.”

“People said that if Jews, Greeks, Africans, slaves, men and women – the huge divides of that time period – could come together successfully, there must be something to this religion”. o-author of “We are the Church Together” said “Only when ethnic groups no longer feel compelled to abandon their entire culture on Sunday morning can a church claim to be interracial……..An interracial church isn’t one in which all the black members act, dress and worship like the church’s majority white members to make them feel comfortable…….Interracial churches resist ‘taking one dominant identity and forcing everyone to fit into it.’”

Are we doing enough to make minorities feel welcome in our congregations?  What can we do better?

Have we done enough to address the issues of things like Blacks and the Priesthood?  (for more on this, read what  Marvin Perkins has to say about it.)