The children’s television series Sesame Street premiered November 10, 1969. I was just turning 10 years old, so I didn’t watch it very much as a child. But in the mid-1980’s, with several preschoolers, the show became a staple in our home. Wikipedia describes the program as follows: 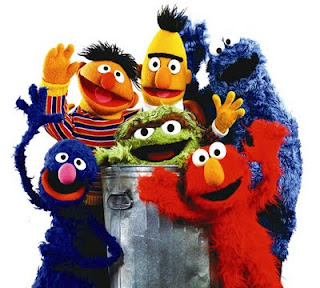 Sesame Street uses combinations of animation, puppets, and live actors to stimulate young children’s minds, improve their letter and word recognition, basic arithmetic, geometric forms, classification, simple problem solving, and socialization by showing children or people in their everyday lives. Since the show’s inception, other instructional goals have been basic life skills, such as how to cross the street safely, proper hygiene, healthy eating habits, and social skills; in addition, real-world situations are taught, such as death, divorce, pregnancy and birth, adoption, and even all of the human emotions such as happiness, love, anger and hatred.

Sesame Street just fascinated me. Although it was geared to teaching and entertaining my young children, I couldn’t get over how much of the show was aimed at the parents. There were often references to historical figures, rock stars, and cultural allusions, and even innuendo that only adults would recognize. The humor written into the show allowed parents and children to enjoy it together. There were guest celebrities like Ralph Nader, Maya Angelou, Barbara Bush, Johnny Cash, Mel Gibson, Yo Yo Ma, and Barbara Walters, to name only a few. I especially loved “Monsterpiece Theater,” presided over by Alistair Cookie. For example, watch “The Taming of the Shoe” and notice the underlying adult themes.  See how enjoyable this sketch is for both children and adults:

The reason I mention Sesame Street in connection with Primary is because I have heard a lot of complaining about how difficult it is for adults who have Primary callings to spend the majority of their Church instructional time with the little children. Primary workers often feel a void in their spiritual and social needs, and a Sesame Street approach could help. As a young mother working in the Primary, I recall a Primary President who used this very method. She was a very intellectual woman, who naturally related well to adults but not to children. Being extremely motivated, she worked hard on developing interest segments including songs, games, and activities that would appeal to young children. But as she taught, she would comment and make little asides that would reference the adult Sunday School lesson, conference talks, politics, or even ward gossip. I found myself looking forward to the stimulation I received from the Primary sharing time given by this woman.

Sesame Street was a pioneer in contemporary educational television. Many hours were put into research, production and curriculum planning to discover what would be the most effective ways of reaching and teaching both children and adults. It seems to me that with the amount of time both children and adults in the Mormon Church spend in Primary, a greater effort could be spent to improve this time. The Church Educational System (CES) has been in place to support teaching of teenagers and adults, but has little to do with religious education of members under the age of 12 on the stake and ward levels. Besides the development and printing of class manuals, there doesn’t seem to be much energy allocated to this age group.

Each year the General Primary Presidency develops a themed program for the Primary. Though the theme varies year to year, it always includes monthly emphasis on such topics as Baptism, Obedience, God the Father, Jesus Christ, the Plan of Salvation, Prophets, the Temple, and the family. Outside of these guidelines, local units are left to decide how they will implement the Primary program within their units. Primary often struggles with getting competent and reliable teachers and personnel to run an adequate program. I’ve been wondering how the Primary fares in areas other than my own. Do you feel that the Primary provides sufficient religious instruction for children in your area? How do we compare to programs like Sesame Street? Is there an emphasis on a well-staffed Primary in your locale? How supported and trained are the adults who administer the Primary in your ward? 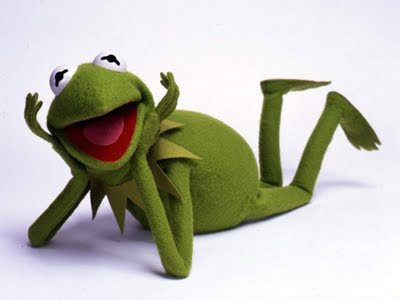