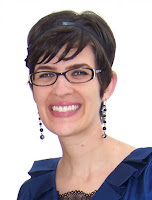 Mormon Matters welcomes our newest guest poster.  Kate Kelly graduated from Brigham Young University with a BA in Political Science. She served a mission for the church in Barcelona, Spain. She is currently in law school at American University’s Washington College of Law, the only law school in the nation world founded by women. She has had a career of various and sundry amazing jobs. She has been a mortgage counselor, an interpreter, an English teacher and spent last summer in Manhattan working at the Center for Constitutional Rights, as an Ella Baker legal fellow. She and her nurturing, gentle angel of a husband blog at www.kateandneil.com.

“Our Nation has had a long and unfortunate history of sex discrimination. Traditionally, such discrimination was rationalized by an attitude of ‘romantic paternalism’ which, in practical effect, put women not on a pedestal, but in a cage.” Frontiero v. Richardson, 411 U.S. 677 (1973).

BYU is closing its Women’s Research Institute, and I, along with many others http://supportwri.blogspot.com/, am distressed by this decision. My distress comes, not only because of the consequences of this shortsighted move, but because it is emblematic of the overall problem in the church of romantic paternalism.

Forgive me a personal anecdote. There are many things that are sacred about LDS temples and not discussed outside their walls, however, the fact that they are staffed almost exclusively by surprisingly spritely octogenarians is not one of those details. As a newly married couple my husband and I went to the Salt Lake temple to do sealings.  When I got married I kept my surname and, for some reason it is only in Mormon contexts that this seems to particularly baffle people. This confusion almost always surfaces in American temples (since in many parts of the world, like all of Central and South America, it is social custom for the wife to keep her name). On this particular occasion one of the aforementioned elderly crew was having a hard time understanding why, though we were legally and lawfully wed, we had different surnames. He demanded that I give my reasons for such a decision, and not satisfied with the fact that it was my prerogative, he insisted that I was not respecting my husband. His final snide remark to me was, “well it will be nice when the light finally comes on for you.”

This angry brother was not alone in his contempt for independent women. I have seen many comments from people in the past few days that it is a shame that BYU is closing its Women’s Research Institute. I think that it is not only a shame, but also a sham. The official claims from the school are that the dissolution of the Institute will actually increase support of, funding for, and emphasis on women’s studies. This is emblematic of the doublespeak the BYU administration has perfected in response to concern over many issues. Less is more. Closing is just a way of beginning anew. We are shutting this program down because we find it so, so very important.

It is this same doublespeak that is used to simultaneously compliment and limit women in the church. As a Mormon woman I find it very uncomfortable to hear men talk about their wives in public settings from sacrament meeting to general conference. Traditional “feminine virtues” abound. Wives are described as “sweet,” “angelic,” “virtuous,” “charitable,” “compassionate,” “kind,” and, most importantly, “beautiful.” One Sunday we were asked to talk and I dared my husband to describe me as his “courageous,” “strong,” “intelligent” wife. I don’t want to be “cherished,” I want to be taken seriously.

There is a cohesive and powerful message to women running throughout the church. You have a (wonderful, glorious) place, stay put! This message runs throughout the history (ahem, polygamy & the ERA) and modern role models provided for women. You want to know why “Utah Women Lag Behind the Nation in Higher Education”  just watch General Conference any given session. All of the women who speak fit a very neat stereotype in their appearance, the subject matter of their talks and their delivery (which was described by my own father this way: “Hm, I don’t really know what it is about them, but NO MATTER what they are speaking about, their tone of voice seems to convey that they are talking about knitting.”).

This stereotype is also, of course, very pervasive in LDS culture. Last fall, as a first year law student studying in San Diego, I was invited to an event for all of the LDS law students in the area. There were approximately 30 students and their respective families in attendance. I was the only female law student. We took turns introducing ourselves in a circle after the meal while “the wives” played with children in an adjoining room. All of the men introduced themselves and said, “(insert female name) is over there with ‘the wives’.” When it came to us, everyone turned to my husband to introduce me. The experience was both surreal, and disconcerting. We both felt that the temporal context of that event might better have fit the 1970s, when my mother was attending law school, or 1870s for that matter.

This institutionalized approach of romantic paternalism in LDS culture needs to end. BYU, and the church in general need to take a leap into the 20th Century (not to mention the 21st). Women and men are equal in the sight of God. We are not more virtuous. We are not lovelier. We do not want to be held to a different standard, or be seen through a colored lens. We want our concerns, choices and academic pursuits to be taken seriously.

Back at the Salt Lake Temple in the sealing room that evening, in a moment of perhaps poor judgment, I replied to the obviously irritated temple worker, “that’s funny brother, I was about to say the very same thing.”