The following must not be interpreted as petition to the Church. It’s simply a summary of some thoughts I have had that I would like to hear other perspectives on. Criticisms are welcome, but let’s keep it respectful, compassionate, and understanding.

It’s about love:  something that we all desire, crave, yearn, seek, and strive for. I have, and so have you. 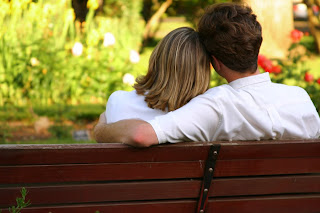 Love comes in different forms: the kind that we have for a friend, a brother or sister, our parents, or for a fellow human being — which can develop into the very pinnacle of love; namely romantic love.

Romantic love is not sex. Neither does it necessarily involve or lead to marriage or sex. It’s that feeling of being captivated by another human being and caring for them, as well as expressing our emotions for them verbally or physically, often in a non-sexual manner such as holding hands, embracing, caressing, and innocent kissing: behaviour that is appropriate, according to LDS tradition, even between a couple that is not yet married. In other words, it’s not like loving your mom.

It’s not unheard of for people to live their entire lives and, if they never enter into marriage, never go beyond the non-sexual displays of affection that I just mentioned. Contrary to what some may think, most human beings are capable of living and functioning without sex, without suffering any “damage.” I’m not sure, however, that the same would be true for all who desire and yearn for romantic love, but are denied that opportunity. Can you imagine life without love? If you are not currently in a romantic relationship, you probably have it as a hope or are always on the lookout for an opportunity, even subconsciously. Right?

I’ve tried to think of an example of love that would be considered evil or immoral, unless it’s incestuous or between an adult and minor. When it comes to two consenting adults, I can’t really think of any examples of “immoral love” that aren’t somehow based on sex or deceit (such as an extramarital affair). A sexual relationship between two unmarried adults is immoral. Sex is, in this case, sinful. But is their love also a sin?

This “compromise,” if you want to call it that, will not satisfy all. It will not satisfy those who demand no less than equal marriage status within the Church, heterosexual or homosexual, as well as Church-sanctioned homosexual relations; neither will it satisfy those who believe that two members of the same sex who even sit together like that couple in the picture are treading down a wicked path. The term “compromise” is, actually, misleading in my opinion, because the way I see it, the Church would not be compromising anything in regards to the doctrines or policies related to marriage, families, or the Law of Chastity. The only thing that would change would be that heterosexual and homosexual members of the Church would truly be held to the same standards of chastity and morality outside of marriage. That would mean that a couple, such as depicted in the photo, sitting on a bench on BYU campus or outside the Tabernacle, would face no disciplinary action for their innocent display of romantic affection — whether heterosexual or homosexual.

We know that we have a problem in the Church with homosexuals feeling alone, ostracized, without real purpose, and some even resorting to suicide.

Would acceptance of non-sexual same-sex relationships within the Church help to ease the burden of those who struggle and help them to remain in the Church?

What if gay members of the Church were truly held to the same standards of the Law of Chastity when it comes to expression of love and dating relationships?

What, if anything, would the Church be sacrificing or compromising on in order for gay members to be able to date openly in the same way as heterosexual couples without facing discipline?

Why is/isn’t this a good idea?