To get you in the mood, I’m sending some of my favorite Conference Moments from the past, in no particular order.  Join me and share some of yours in the comments!

Neal A. Maxwell was called as an Apostle in July of 1981, when I was a newly-called missionary in the MTC.  A few months later, it was a treat to hear his amazingly alliterative address in General Conference while sitting in a chapel in Quebec, Canada

On Oct 2,1988 Michaelene P Grassli, general Primary President, became the first woman to speak in General Conference in 133 years.  This is a picture of Sister Grassli in her office.  I regret that I do not have an image of that historic moment!

3. President Hinckley playing with his cane

During the Saturday morning session in the October 2007 Conference, after President Hinckley went to sit down after the sustaining of the officers of the church, the whole audience started laughing. They didn’t show what happened on TV, so most of us didn’t know what was so funny. Here’s what happened: After President Hinckley finished the sustaining of his new counselors, Elder Eyring had moved into his new seat on the stand. When President Hinckley turned around, he stood there for a moment looking at Elder Eyring, then picked up his cane and ‘knighted’ him on his shoulder and head.

If you’ve been around long enough, you may have been lucky enough to have been in the Tabernacle, as I was, for the last conference talk and final stirring testimony of Bruce R. McConkie two weeks before he passed away.  “…in a coming day I shall feel the nail marks in his hands and in his feet and shall wet his feet with my tears.  But I shall not know any better then than I know now that he is God’s Almighty Son, that he is our Savior and Redeemer, and that salvation comes in and through his atoning blood and in no other way.” 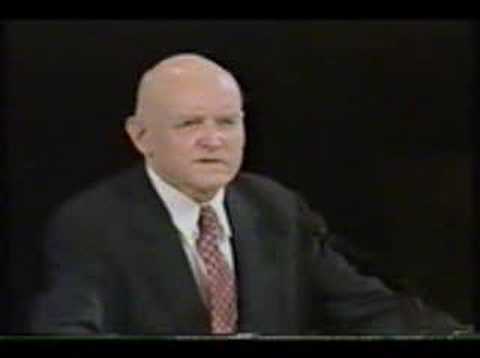 After what some regard as a miraculous recovery from several surgeries, President Hunter stood at the pulpit in general conference of April 1988 with the aid of a walker. He lost his balance for a moment and fell backward, landing on his back on the podium of the choir conductor. He was quickly lifted up by President Thomas S. Monson, Elder Boyd K. Packer, and Dale Springer, a Church security guard, and despite breaking three ribs in the fall, he continued his sermon without missing a word.

These have been some of my favorites — now tell us about yours!!