I took my 10-year-old and 2 friends to see the movie “Where the Wild Things Are,” and I watched enthralled as they yawned, ate candy, threw popcorn, and cheered when it was finally over. Apparently the film didn’t contain the action required to capture their attention. But I found much to ponder and enjoy.

“I have only one subject. The question I am obsessed with is: How do children survive?” –Maurice Sendak

Beside my admiration for Sendak and his storybook, which was read to each of my children at bedtime for over 15 years, I can relate to his question. For I, too, have an obsession: How do Mormons survive? My blog posts often deal with this theme, and I love to observe the many different ways my LDS brothers and sisters and I struggle to make sense of our place in and our relationship to the Church. As I watched the film adaptation of Sendak’s book, I saw insights into the human psyche which are particularly noticeable in Mormon wards and stakes.

“Wild Things” portrays a young boy, Max, who takes a trip in his imagination to an island upon which dwell several larger-than-life characters. Each wild thing represents traits which children (and adults!) must face within themselves. I found it particularly fascinating to compare these wild things to Mormon stereotypes.

Within a Church environment, there are unconscious needs, frustrations, and fears found in ourselves and others. When Max arrives at his island, he finds the creatures in need of a king. Although Max feels powerless, he fashions himself their ruler, imbued with magical powers which he promises to use to help his subjects. A crown is given him, taken from the bones of others who have gone before. In my mind I compared this with the Bishop of a ward. Ward members are often anxious to create a bishop with extraordinary spiritual powers that can aid them in their struggles. The bishop steps up to the expectations as Max did, although he may have inner doubts or inadequacies. I saw some interesting parallels when I compared the wild things to stereotypical LDS types:

Carol, a male with a decidedly female name, has destructive impulses and is insecure. He needs and wants certainty in his life, and this is why he searches for and welcomes a king. The other wild things note that they like Carol better when there is a king. Many of our Church members find it easier to have strong leaders and clearly defined commandments to follow. It is simpler, for example, to remove a second earring than to explore and implement the meaning of a “modest” pair.

Alexander is never listened to. He has an opinion, but it is overlooked and unheard by others. He corresponds to the Church member who sits on the back pew, the one who is always called to the Nursery and never serves in the callings to which he secretly aspires. But indeed, there are parts of all Church members which are discounted. There is a tension between wanting to be heard and wanting to be obedient.

Judith is defensive and judgmental. Her voice was particularly familiar to me in Church settings. Fault-finders are found in every ward. Sometimes this is never voiced but manifests as an inner frustration. Many members are critical of leaders or those who work alongside with them in callings. To curb this tendency, we admonish ourselves and others not to speak evil of the Lord’s anointed.

Ira is a sad, mournful fellow with a large, red nose. This Church member longs for comfort. He or she finds great solace in doctrines of the Church which promise an eternal reward and an eternal family, but tends to shy away from the more unsettling, contradictory aspects of our faith. On the other hand, they are often involved in LDS humanitarian causes and personal service to their fellow Saints. This is a good example of how our inner demons can have “wild,” out-of-control, or overwhelming characteristics and can be used in positive and negative ways.

K.W. is the soothing female type. She is the one who is fulfilling her womanly role, and ward members look to her for help and support. She is found in the female callings, mothering the Primary children, encouraging the youth, befriending the sisters. K.W. is unhappy when the significant people in her life are not getting along. She longs for recognition and appreciation for the efforts that she makes for the kingdom.

“The Bull” is a dark, iconic figure. In the film he never speaks. To me he represents the rarely seen less-active members of the ward. Every stake has a great number of them. Though they are unknown and faceless to us, they are very large and present as we conduct meetings and programs to discuss and serve them.

Douglas was one of the most intriguing characters for me to watch. He is the enabler, the supporter. At the ward level, we have seen those individuals who don’t describe themselves as leaders, but insist that what is needed are more “Indians.” They are the followers, the lifeblood of the Church, yet in the end Douglas has his arm ripped off. It can seem that the more we try to serve and obey, the more we are taken advantage of.

Watching “Where the Wild Things Are” with a Mormon perspective was comforting to me. Although Max can represent the Bishop of a ward or a Church leader in his relationship with the creatures, he also teaches us something about ourselves. We all experience conflict in a Church setting. We deal with many emotions and personality types, within ourselves and rubbing shoulders with our fellow Saints. The temptation is to pretend that we know what we are doing, that we have magical powers, that we are in control. But we are not. We find ourselves in danger of being eaten by giant emotional forces. We must come to terms with our tendencies to be critical, to disappear in the back row, to take over, to go inactive. As we confront and befriend these shadow sides of ourselves, we realize that the human psyche is complex and beautiful. I like to see members move toward becoming more accepting of the wild things in themselves and others.

In Jungian terms the shadow represents the repressed in our life. At midlife, psychologist Murray Stein says the shadow or repressed, “…returns and needs to be dealt with in a new way, because the seeds of psychological renewal and of possible future directions for life lie hidden within it… When the unconscious erupts at midlife, what first comes most strongly to the fore are rejected pieces of personality that were left undeveloped and cast aside sometime in the past, for one reason or another, in the rapid movement forward of personal history. Life still clings strongly to them. And actually the seeds of the future lie in these neglected figures, which now return and call for restoration and attention.” Robert Johnson says that there is “gold” in the shadow. This gold needs to be mined and brought to the surface. There is much positive that can be gained from the shadow, but there is much resistance.

Latter-day Saints seem to resist acceptance of the wild things within them more than most. In our quest to become perfect, we are afraid of those things inside of us which may rage out of control if we give them any recognition. Johnson reminds us that “to own one’s shadow is whole making.” He also tells us, “No one can be anything but a partial being, ravaged by doubt and loneliness, unless he has close contact with his shadow. The shadow consists of those aspects of your character that belong to you but that have not been given any conscious place in your life. … Assimilating one’s shadow is the art of catching up on those facets of life that have not been lived out adequately.” 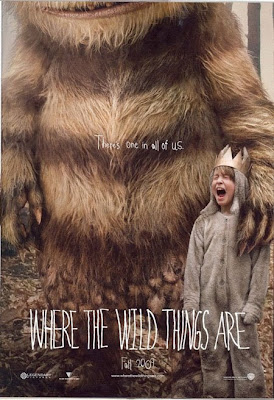 As committed Latter-day Saints, there is so much work to be done to discover our spiritual heritage and our relationship with Deity. There are many moments of bliss and joy, but there is also pain, sorrow, and struggle. As in one of the film’s most touching moments, sometimes there are no words for the emotions which well up inside of us. At those times, we can only howl, and it helps if we have someone to howl with us.